Telecom within the Law 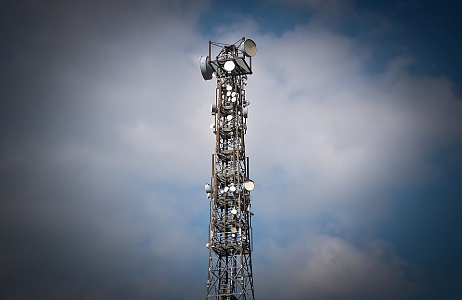 Russian telecommunication services market goes through rough times. On the one hand, its development is under threat due to the growing popularity of IP-TEL and messengers with voice and video-calls options, which allow to talk via the Internet.

On the other hand, legislative authorities put pressure adopting the laws, which have direct influence on telecommunication services in Russia. Communication service providers report on huge expenses they will bear in case of law No. 374-FZ (often called "the Ozerov-Yarovaya law") adoption, because companies will need to buy new DSS to store big volumes of data for their customers, which, as a result, will bring to deceleration or even stoppage of companies own infrastructure development.

Russian DSS market offers several cost-effective solutions from domestic companies, which consist of hardware and software systems on discs, so the data storage cost is lower than that of tape libraries. Such products boast of advanced management and data optimization functions typical for Enterprise level of DSS, however they are exceptionally perfect for archives copying tasks.

"Considering that domestic tape libraries as a class are gone, this promises that software-defined DSSs can become a realistic alternative for safe storage of service providers' archives data, and that Russian customers' money will not be siphoned off into foreign DSS manufacturers' accounts," — says Alexey Shipov, Head of ICL Cloud platform development at ICL Services.

According to DPC industry leaders survey (October-November 2015) conducted by Vostock Capital consulting company, over 75 % of respondents said that the future of DPCs in Russia is related to cloud computing as a whole and cloud services integration in particular. All telecommunications players have great possibilities to create and use data processing centers for their own data hosting. And they are also interested in co-location services delivery in IT market and wish to become clue services suppliers.

New Law on Personal Data, according to which all data shall be stored in the Russian language and in Russian data centers, promotes the development of this area of telecommunications providers activity. Leading market players, such as VympelKom, Rostelekom, MTS, and Megafon work on development of in-house data centers in collaboration with world's largest vendors. Establishment of such partnership relations is often initiated on the part of the vendors, who, in any case, have restricted customer access to cloud solutions use.

Despite all difficulties, telecommunications providers, having understood new economic challenges, are able to use IT capabilities for the development and reinforcement of their businesses in new market conditions.

Besides IoT segment, in the nearest 2-3 years, Russia will start using SDN/NFV, new generation computer networks technologies, which serve to separate network equipment management from data transfer management. According to IDC survey, in the nearest three years, the global market of network equipment and corresponding applications for SDN and NFV will grow averagely by 89.4 % per year and by 2018, it will exceed $7 bn. Among other technological trends — "advanced" detailed Customer Intelligence, software-configurable applications and infrastructure. And the transferability of mobile numbers and LTE networks construction will contribute to the development of Big Data use in domestic telecommunications industry. All leading market players have already invested in lTE licenses and now are expanding their infrastructures by signing several partner agreements in this area. 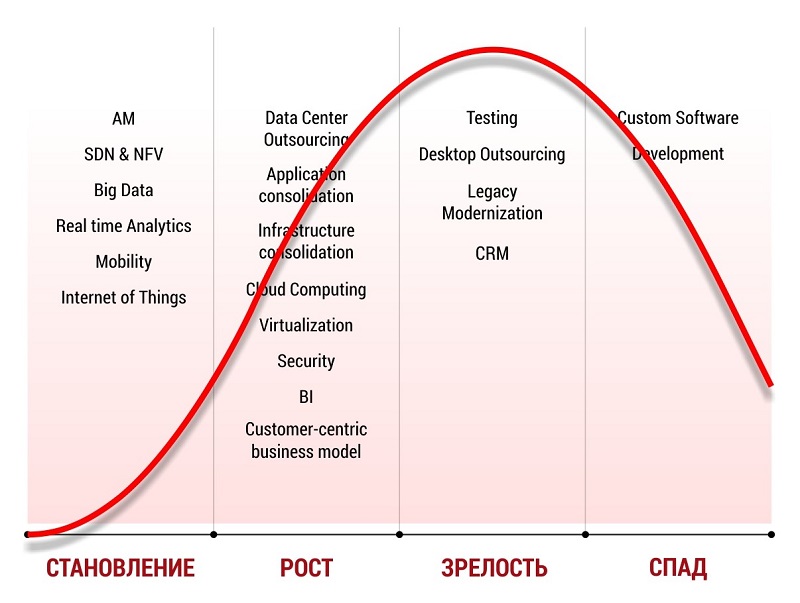 Implementation of business applications, such as BI, in real-time mode, analytics, data mining, document management are still developing in high gear.  Mobile industry also remains the main engine of IT and telecommunications. And as IT develops, ensuring safe data storage on mobile devices became important. In the area of information security, there is biometric identification by fingerprints, iris and 3D scan of face.

"Telecommunications is interested in IT innovations more than any other industry. Day by day, customers become more aware of new technologies and understand the potential of such solutions for their business, — says Alexey Shipov. —  Notwithstanding that reduction of expenses is still the main driver of advanced technologies implementation, innovations and new possibilities are the second most important indicator. Russian market is waiting for successful Western examples of "smart functionality" implementation, which would encourage domestic companies to make experiments."