Transport of the Future 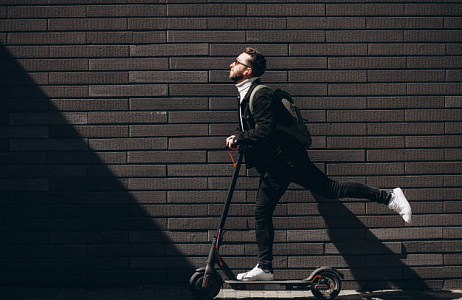 Now ICL Services is developing the transport business, implementing joint projects with partners and integrating existing standard ITS solutions. The Company also develops its innovative lines of business, one of which is the creation of a unified software for collecting, storing and convenient use of all ITS systems. In 2020, ICL Group took part in a federal project for the development of electronic registration of cargo and passenger transportation. Vladimir Kayurov, Senior Project Manager at ICL Services, talks about this.
— Vladimir, what can you say about the current level of IT penetration into areas related to passenger transport? How quickly is the informatization of vehicles and highways carried out? What major challenges and successes could you highlight?

— The level of penetration of modern information technologies in the areas related to transport in Russia is growing from year to year. Within the framework of the Digital Economy of the Russian Federation national program, we expect the introduction of a number of federal systems for the automation of the transport industry in the coming years, in particular, the Unified Pass, Electronic Document Flow for Carriers, monitoring and management systems for the transport system, and so on.

Intelligent Transport Systems (ITSs) include the entire set of IT solutions for the optimization of processes in the field of transport. At this stage, we are only focusing on land transportation. At the same time, modern ITSs also include rail, sea and air transport systems. In the field of land transport, two large groups of ITSs can be distinguished: ITS subsystems for urban agglomerations and ITS subsystems for roads of various levels outside urban agglomerations (highways, federal highways, and bypass roads).
In urban agglomerations, the existing road network is limited by urban areas. Because of the constant increase in the number of vehicles, critical peak loads, as well as incidents (road accidents and others), the existing road network is overloaded, and a large traffic congestion occurs, as a result of which the time of correspondence for road users increases, and the comfort decreases. Construction or expansion of roads is often impossible because of the existing urban areas or high costs, and ITSs, in turn, allow you to make the most of the existing road network, optimize all processes and increase comfort and safety, and also help you make informed management decisions regarding the expansion and development of the road network.

Every day, the level of IT penetration into the areas related to transportation is growing. Informatization of both the vehicles themselves and the road infrastructure takes place. In addition, information collection and storage centers, and response and control centers are being established.

Since ITSs are not standardized, their problems include the complexity of integration, integration and development of ITSs in the regions. Thus, the activities of ICL include the creation of a universal IT solution for integrating disparate ITS subsystems into a single software solution that is convenient for the end user.

— Is there a regional component? If so, which regions are ahead? What federal projects could you mention?

— The development of ITSs in Russia began with large urban agglomerations and federal highways. The main and most important component at the federal level is the creation of the Intelligent Transport Systems technical standardization committee and strict regulation of the ITS industry, as well as the preparation of GOSTs and standards for ITSs. Also, at the federal level, there are additional financing of the regions for the development of ITSs and strategic planning for the development of ITSs in Russia.
An interesting project of Rosavtodor includes the Unified ITS of Russia and the Unified Dashboard of Statuses for the ITSs of Agglomerations.

The Unified ITS of Russia provides recommendations regarding the composition of standard solutions and the definition of the scope of standard ITS solutions for each region. In addition, the Unified ITS of Russia envisages the creation of unified information storage centers for collecting and analyzing data from regional ITS systems, as well as the creation of a unified digital platform for managing the transport system.

Of the interesting and unique progressive ITSs in Russia, I would also like to mention the high-speed tram network system, which was named Chizhik and implemented in St. Petersburg. Thanks to the exchange of information between the rolling stock and the controllers of the traffic light facility, the green signal for the tram is pre-switched on. In Perm, the ATCS in the central part of the city became the basis for the implementation of a similar system, however, it uses other technological solutions: the modes of operation of traffic lights are synchronized and strictly related to the tram schedule, as a result of which trams in the central part of the city always move to the green traffic light; the speed of trams there has been increased by 50%, and the number of accidents with trams has been reduced by 80%.

At the moment, Rosavtodor has developed a concept for the development of ITS in urban agglomerations for 2021-2025, and analysis of the current ITS development in the regions is being carried out. In many regions of Russia, various ITS systems are already helping to achieve high rates of traffic optimization, improving traffic safety and informing the population.

Based on my personal experience in the transport industry, the most developed ITSs, in my opinion, are in large cities (Moscow, St. Petersburg, Kazan, Yekaterinburg, Perm) due to high motorization, an urgent need to solve problems with transport infrastructures, implementation of pilot projects and the availability of the necessary funding. Among the laggards are small towns with a population of less than 500 thousand people. The degree of development of ITSs in the regions depends on how long ago they began to integrate ITSs, and to what extent the regional authorities are interested in the development of transport systems.

Photo and video recording systems (PVRSs) for traffic violations. Such systems automatically record traffic violations and ensure the irreversibility of punishment, as a result of which they not only provide the evidential base for the decisions by the traffic police, but also affect the behavior of drivers and reduce the number of violations to almost zero. Due to the reduction in the number of violations in the areas where PVRSs are installed, the accidents are almost eliminated. Modern PVRSs can automatically record almost all types of violations from the Code of Administrative Offenses of the Russian Federation, control the speed of movement, red light running, failure to give a pedestrian an advantage in movement on an unregulated pedestrian crossings, unfastened seat belts, as well as the driver’s use of the phone while driving, non-observance of the rules of stopping and parking, etc.

Weight and dimensional control systems. Such systems allow you to control the permissible load of freight vehicles, depending on the structure of the road. Weight and dimension control systems prevent violations in terms of overloading of vehicles, as a result of which the service life of the roadway is significantly increased and savings on unscheduled roadway repairs are achieved.

Automated traffic control systems. Such systems make it possible to optimize the operating modes of traffic light facilities as efficiently as possible, quickly change modes depending on traffic parameters, notify drivers about problems (traffic jams, accidents, etc.), control traffic remotely from traffic control centers, and also identify traffic problems. ATCSs are the most complex of all ITS subsystems and consist of many various IT solutions.

Parking meters and paid parking. This system allows you to monitor the occupancy of the parking space, inform the population, as well as manage and reduce the congestion of certain streets through collection of payments. Paid parking places are most effective with the simultaneous active development of public transport, as well as park and ride lots.

— What are your forecasts for the development of IT solutions for transport? What is the transport of tomorrow? How could your Company be involved in this?

— Every year, IT solutions for transport will be actively developed and improved. The transport of tomorrow will be the most convenient and safe for humans.

At the moment, ICL Services is developing the transport business, implementing joint projects with partners and integrating existing standard ITS solutions. ICL Services is also engaged in the development of innovative business areas. One of these areas is the creation of a unified software solution for collecting, storing and convenient use of all ITS systems, which will allow to generalize and use all information from all ITS subsystems in a particular region or group of regions as efficiently as possible.
In 2020, ICL Group took part in a federal project for the development of electronic registration of cargo and passenger transportation. From 1 to 30 October 2020, the Ministry of Transport of the Russian Federation, together with the Ministry of Internal Affairs, the Federal Tax Service and Rostekhnadzor, conducted an experiment in pilot zones in Moscow and the Moscow Region, Tatarstan, Kaluga Region, Ryazan Region, and Krasnodar Territory with the participation of several dozen carriers, including the Russian Post, PEK, Lukoil-Tsentrnefteprodukt, Magnit, X5 Retail Group and many others.

As part of this experiment, information interaction between operators of electronic document management was provided by ICL Group, PF SKB Kontur, Directum, Taxcom, Corus Consulting, Edisoft, and Electronic Communications. The solution from ICL Group provides management of electronic waybills and shipping manifests for freight and passenger transport. This year, a pilot project in several regions will be implemented, and in 2022, the electronic document management for transportation in the Russian Federation will be launched. Electronic document management for carriers will significantly reduce the time and money costs of transport companies, and in the future will also help to plan the road traffic, explore the directions of traffic flows for the construction of new highways and roadside service facilities in accordance with the traffic congestion for each direction.

— Thank you very much for the informative conversation!
Share: