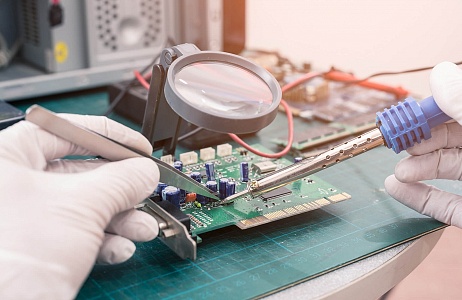 Automating the routine tasks of supporting IT infrastructure is an important area that allows IT companies to offer businesses better quality of service. Automation systems take over a number of routine tasks and free up the time and resources of human technicians so they can attend to more important issues.

One good example of such an automation tool is the TOC-automation system that ICL Services uses to support the IT infrastructure of its customers. We talked to the head of the Enterprise Management Group, Vladislav Mukhametzyanov, about how the system was developed and how it is used now.
- What is a TOC and what sort of work do they do at the company?

- What’s the main idea behind the TOC automation project?


TOC-automation is a system that is directly integrated into the customer’s IT service management and monitoring systems and, whenever there is an incident, the system automatically notifies the technician on call. The kind of incidents we’re talking about here are IT infrastructure issues that can affect the customer’s business processes and cause serious damage to their business.


- How did the project come about and how much time was spent on it?


The history of TOC-automation began with the establishment of an initiative research group. The group started its work in July 2019 and had completed it by September of that year as it had achieved all its goals.

Over a period of two months, the team studied and analysed foreign notification solutions. The SaaS solutions currently available in the market were scrutinised, such as PagerDuty and Voximplant. These solutions have very good tools for notifying staff of IT incidents but they are extremely expensive. The group decided to develop an in-house system and soon had a prototype up and running. Then a proof-of-concept system was implemented for one of the accounts, which demonstrated the viability of the solution.

- What functions does the TOC-automation system offer and how have they changed over time?


Since 2019, a lot of new functions have been added to the system. Today, in addition to calling and texting technicians on call, the TOC automation system can also email them and send messages to a pre-selected Telegram channel. Furthermore, the security policy has been improved, a reporting module has been developed and, in order to abide by the Service Level Agreement, functionality has been added to notify the technician on call only after the expiration of a pre-set waiting period. A special algorithm has also been developed to prevent technicians on call and management from getting spammed with messages in the event that a customer’s IT infrastructure experiences a series of recurring incidents of the same type.


- What are the competitive advantages of the TOC-automation system?


One tangible advantage of TOC-automation lies in how flexible and customisable the system is so that it can be easily adapted to the needs of specific customers. Thus, the original solution was used to develop an automatic notification system for field engineers for the 1C Snaryad system (by phone and text). In the context of the deployment of specific solutions, one important benefit is the close integration of TOC-Automation with the popular 1C platform, allowing the system to be set up to make use of the on-duty schedules of the technicians on-call, the service time of engineering teams and make calls, if need be, to personal phone numbers of the engineers retrieved from their employee records in 1C.


- In which projects has the system already been used and what results have been achieved?


We’ve already deployed TOC-automation for 17 customers and for 2 in-house projects at ICL Services. The main effect of the deployment of TOC-automation has been in improved efficiency of our 24/7 monitoring engineers and dispatchers as a result of the automation of phone notifications. Current estimates suggest that, at the moment, TOC-automation is saving us 6.81 full-time equivalents, allowing us to significantly boost the efficiency of our monitoring stations. Prior to the deployment of the system, every monitoring station was handling 4 projects. Now, each is handling 6–7 projects. In addition, the system drastically reduces human error and thereby improves the quality of service.
Share:

Your application has been sent. We will contact you shortly