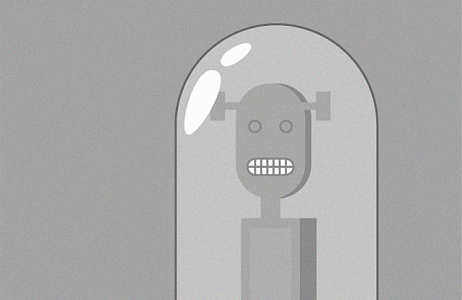 According to a survey conducted by Gartner, about a quarter of Russian companies are going to cut back their IT budgets in 2016. Exchange rate fluctuations can not help affecting the cost of hardware and software — not to mention the fact that many companies have to cut jobs. iBusiness decided to find out how outsourcing can allow you to reduce or completely remove your own IT-department and gain a more cost-effective, flexible and scalable solution.

It is no secret that IT experts have rather high salaries. According to the figures of Superjob website that analyzed open vacancies, in 2015 a system administrator can apply for an average of 90 000 rubles per month and an IT department head — 145 000 rubles. However, this is only the tip of the iceberg — because companies have to pay the personal income tax, as well as pension and other contributions for each employee. Analysts from Kontur offera simple formula for quick calculations: take the salary of a worker employed under an employment contract excluding the personal income tax and multiply it by 1.5.

Another thing related to labor legislation is that hiring and firing of employees, in general, are not the fastest and most enjoyable processes. What if you need to temporally close some of the ongoing projects? And what if, on the contrary, you have a single request for additional capacities? Finally, let us take the most pleasant scenario — there are so many new customers your company simply can not build up its capabilities at the right time. In all these cases outsourcing services will scale much better than your own IT department.

Finally, in the course of new projects you may need to release your IT department from routine tasks, such as support of users and their computers. Do you need to create your own help desk? Is it possible to predict the load for a new department or most of your experts will usually have nothing to do? According to Lenar Rakhmatullin, the ICL Services Service Desk head, it is almost impossible to predict the number of calls:

«The complexity of services for each customer varies widely. In some cases, ICL Services Service Desk receives an average of 400-450 calls per day from one client, with peaks up to 800-1000. At the same time the flow of incoming calls from a number of customers is much smaller, around 2-5 calls a day. In terms of man-hours, this corresponds to the load from 1 hour per day for one customer to a full team of Service Desk agents».

Also, as Rakhmatullin explains, many customers are characterized by an uneven distribution of calls over hours and days. For example, the peak for retail companies can be observed in the evening (during a rush of buyers) and ordinary office workers usually call in the morning (after coming to work) and in the afternoon.