Controlling the Internet: What's next 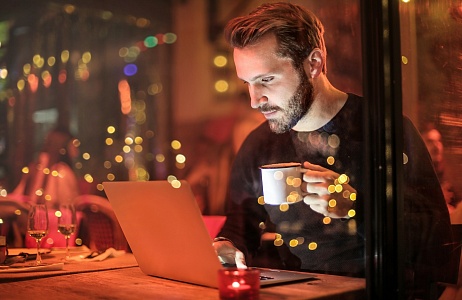 «There will definitely be additional measures. Some people call them ’restrictions on freedom’, others view them as attempts to bring some system into the chaos,» said Timur Kaidanny, Head of the Innovation Committee at ICL Services.

The reason for this confidence is simple: a further reinforcement of controls can be predicted by extrapolating the trends that are already in place.

According to Oleg Matyunin, Managing Partner at Matyunin & Partners, a Moscow-based law firm, control over the Internet in Russia began with the measures to protect the copyright. This included the blocking of websites, torrent trackers, etc. Initially, this was implemented by court order but eventually, as the legislation evolved, it came even to the out-of-court blocking. At the same time, there were active developments in the area of combating negative content ranging from extremist materials to fake news.
Today, the list of information that is subject to controls (but not necessarily eventual blocking) is gradually expanding. In the legal field, there is an increasing number of new participants in relations through the Internet and data sharing technologies. Yesterday, this included only the websites, web pages, and their owners. But, today, the law also recognizes instant messengers, mobile apps, news aggregators, organizers of information dissemination, and much more.

Oleg Matyunin believes that, in the future, we will see a progressive expansion and sophistication of the authority exercised by Roskomnadzor, as well as a more detailed regulation of the procedures where it will play a decisive role.

«The federal agency has further potential and it can bring order to the supervised areas. I think that we have entered a period in the history of the Internet and Russian information law when both the agency itself and the relevant committees of the State Duma are well aware the effect produced by the collision between technology and legal norms. My hope is that Roskomnadzor’s work related to blocking the information resources that generate some kind of illegal content will eventually become even more targeted, without causing any side effects,» said the lawyer.

What motivates the state to reinforce its controlling function? According to Timur Kaidanny, there are two main reasons. First, the control of transactions on the Internet generates additional financial revenues to the budget and, secondly, the de-anonymization of Internet users greatly simplifies the work for law enforcement agencies.

Valery Sidorenko also mentioned these reasons and added that the government is motivated by the need to collect taxes and combat the influence of foreign companies. However, most importantly, the Russian state agencies want to achieve the complete abolition of anonymity. This would include both accounts and devices. Just remember the story that began last summer with the requirement to enforce the mandatory binding of corporate SIM cards to company employees or managers.

The expert suggests that these measures to control the Russian Internet will sooner or later result in something similar to Kazakhstan’s experience where, as early as in 2017, the authorities passed a law on mandatory binding of devices to corresponding SIM cards. Sooner or later, this will also happen in Russia.

According to Timur Kaidanny, in the future, we should also expect more regulation in the area of various activities related to cryptocurrencies. January 1, 2021, was marked by the entry into force of the Federal Law No. 259 «On Digital Financial Assets.» However, the law left a lot of «blank spots» in the regulated area, and the active efforts are currently under way on the legislative level to eliminate them.
«For me, it is clear that there is an attempt to control the new market, which attracts a tremendous amount of financial resources from around the world,» said Timur Kaidanny. «However, this comes with one caveat, as the requirements for de-anonymization will significantly limit the number of participants in ’digital relations’, because it is no secret that cryptocurrency today is one of the most common ways to finance various illicit activities. Therefore, on the one hand, we can expect the eventual inclusion of ’mining’ in the Russian National Classifier of Types of Economic Activity and, on the other, a sharp increase in punitive measures against those who will continue to engage in the same ’mining’ outside the legal framework.»

In the area of control over the Internet, we will also witness soon how the government agencies are trying to enforce the «On Landing» law (Federal Law No. 236-FZ of July 1, 2021, «On the Activities of Foreign Entities in the Information and Telecommunications Network ’Internet’ within the Russian Federation»). In essence, this legal act requires such Internet giants as Google, Apple, or TikTok to establish their representative offices within Russia, which will be used by Russian regulators to force these Internet giants to comply with the Russian law. In other words, the companies that want to continue their activities in the information space of the Russian Federation must create a tool that can be used to punish them for violating the law. By the way, Apple was the first to actually proceed with such «landing.»

«It will be interesting to see how serious the standoff will be with other companies facing the requirement to fully pay their taxes in Russia,» said Timur Kaidanny.

All that remains for experts is to hope that the reinforcement of controls by the government agencies would protect not only the interests of the state but also those of its citizens.
«In the future, the main object of protection on the Internet should be the personal data privacy rather than anonymity, as the latter will simply no longer exist. Even on the transparent Web, there are many threats associated with your personal data getting into the wrong hands, and the protection of this data should become the focus of ongoing efforts,» said Valery Sidorenko.

Lawyer Oleg Matyunin agrees with him.
«As a human rights activist, I would like to see more attention to protecting the personal data of our citizens,» said the lawyer. «We have no alternatives to the Internet, we are all present there anyway, and the Web contains not only our personal data but also many government information resources. Internet commerce and advertising cannot operate without using the information left by the individuals in the form of digital trail, that’s what they rely on. I believe that any citizen has the right to use the Internet without becoming totally transparent to aggressive Internet marketing, fraudsters, and ransom seekers; the individuals should feel themselves protected. Ensuring such protection is the utmost task of those who are responsible for order in the information sphere.»
Share: