China Digital: what will happen to the digital activity of Chinese brands in Russia 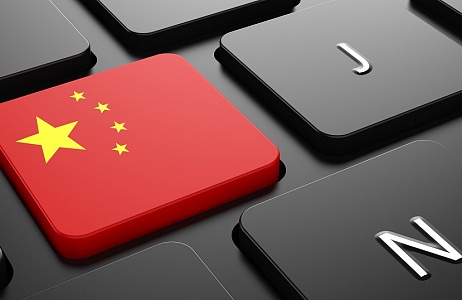 China’s digital economy relies heavily on digital services such as cloud computing, AI, blockchain, data analytics for the best effects in business, supply chain management, digital payments, as well as online professional services, retail, education and healthcare.
To fully comprehend the scale of China’s export of digital services, one should consider digital services as important factors of influence on Chinese exports as well as its manufacturing industry.

In some areas of manufacturing, such as the automotive industry, digital services (including software, sensors, and AI) account for the largest part of the value added. Services are expected to provide up to 30% of automakers’ revenues by 2030. Accordingly, China’s burgeoning use of digital services in manufacturing is part of a broader and, more importantly, systemic Chinese momentum for advanced manufacturing that includes competing for the global leadership in the use of robots, where China already owns one-third of the world’s reserves — more than twice the amount that the United States possesses. The supply of 5G equipment is also dominated by Chinese companies. This, too, will affect the growth of data-driven services.

As of 2021, China has invested more than $100 billion in digital projects, including fiber optic cables. China is also building data centers, with Beijing calling them «a fundamental strategic resource.» These developments are combined with other strategic «digital initiatives,» including smart cities, ports, and space systems. Each of these developments creates new opportunities for China to expand data access and integrate the participating countries into a broader digital ecosystem centered around China.

China’s management of digital services, assets and data is based on a relatively closed domestic market for digital services, along with severe legislation regulating cross-border data flow and information access. This closed market sustains the Chinese model of supporting national champions, in part by bereaving Chinese citizens from access to their U.S. competitors. The Chinese control over data and information data has come to such a extent that the global Internet has already split into 2 segments — one led by the U.S. and the other by China.

China’s most stringent regulations on cross-border data flows relate to security, Internet access, and control of financial flows and services. Under these data flow restrictions, Chinese banks and insurance companies are obligated to localize data; they also include data localization requirements under the cybersecurity law.

In addition to the data flow restrictions affecting access to digital services, national security principles used by Chinese companies to compete with the U.S. and other foreign companies can also be used to demand access to companies’ source codes and intellectual property.

Structure of IT investment flows

According to All China Review, the next phase of China’s digital transformation could generate up to 22 percent growth in China’s gross domestic product (GDP) by 2025. This figure indicates that the Chinese market has a huge demand for digital services and the related skills. China is betting on growth opportunities so that it could focus more on productivity and service consumption rather than on pure e-commerce.

Businesses in China will gradually begin to rely less on product development and manufacturing, instead focusing on marketing, customer service and sales channels. To make this transition as successful as possible, Chinese firms will need to invest even more in IT services .

How it affects the Russian IT market

Chinese digital services will enter the Russian market at some point, but in a limited, cautious way, within the framework of the developed digital strategies and in the format of the development of Chinese ecosystems. Until March 2022, the Chinese considered the Russian Internet «pro-Western, open,» and Russia’s digital model was seen as competitive.

In the future, Russia will be placed on the strategic maps of China’s digital services development. In return, however, China will require the designation of what it gains through this deall — which is quite challenging, with Russia not wanting to remain on the outskirts of China’s digital transformation. I believe that this integration will take time; it will also be necessary to carefully work out strategic deals in order to come to a mutually beneficial format of a new partnership in this area. We are hardly talking about a simple migration to another jurisdiction. The country will be become part of the Chinese vision of its digital transformation, which also affects the processes of digital services providing in foreign markets.
Unlike China, millions of people in Russia are used to accessing global technology platforms, and a complete disconnection from this platform is a step that the Russian government has so far refrained from taking. But we can already see that things are changing rapidly with the global Western sanctions continuing to tighten.

Can the Russian Internet survive without Western technology? How will its positioning change? How do you integrate it with the Chinese firewall, and why would the Chinese themselves need it? These questions are yet to be answered. We have come to a time of tectonic shifts in the construction and arrangement of a multipolar world order. First of all, we should forget about the strategy that Russia has been pursuing for the last several decades. Due to its half-heartedness, import substitution in Russia was very slow without any guarantees to succeed. Now there is no choice. The Rubicon has been crossed.

Over the years, the Russian government has made steady progress in building a national digital strategy. Technology is the first part of the Russian stack, with the «sovereign Russian Internet» with state-controlled flows of information being the second. This approach will build integration processes with the sovereign Chinese Internet, where digital services on both sides working on a shared basis. We can thus expect a more serious flow of digital Chinese services into the Russian market and the emergence of the third level of the Russian IT strategy — services that, being built into the joint Chinese ecosystem, will form the operating system of the digital Russian state in isolation, thereby ensuring its power and eliminating dependence on the United States and European countries.
Share: