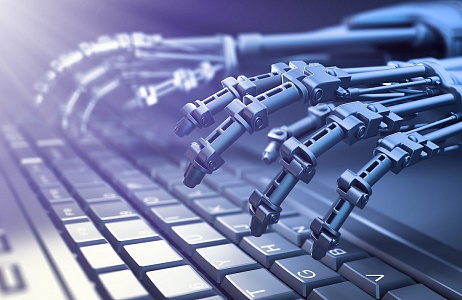 Robotic Process Automation (RPA) is developing extremely fast. According to Gartner’s forecast, about 85% of companies with revenues of $ 1 billion will use RPA tools by the end of 2022. However, certain risks may arise during the introduction of this technology. Together with Valentina Kulagina, Head of Product Development at ICL Services, we are discussing what risks exist and how to envisage a number of aspects when implementing RPA in a company.

There are five major risks to consider when developing automation. Let us examine each of them in detail.

Robots can become another out-of-date application if their implementation is not standardized.

At the end of the 20th century, many companies used the growing power of Microsoft Excel and Access to create complex applications on their computers. But as these tools becoming popular, they faced problems because of the lack of a reliable management system, quality control, and other formalized IT processes. Unfortunately, we may see the same situation with robots. This is due to the fact that the scripts developed by robots are program codes, and they should be treated as such. They should be developed using standard methods that focus on reuse and abstraction principles.

It is extremely important that robots implementation should be closely coordinated between business users and technical groups. Robots shall be put into production using the same proven processes that are used for all enterprise applications.

Robots may make innovation harder and slower to appear

As robots interact with Windows and browser applications, they depend on any changes of these basic systems. Unlike people who easily adapt to small changes in the screen work or data in drop-down menu, bot scripts may respond negatively even to minor changes in user interface. When bot «breaks down», the data can be significantly damaged, because the robot does not realize that the work it is doing is wrong: it will not know that it should stop asking questions, as a person would do.

Some part of this risk can be reduced by good programming, but this assumes that a formal software development methodology was used to develop scenarios, and this approach is rarely used. Even such a minor thing as changing of a display object internal name in the application source code, as part of a production release (a piece of information that no user ever sees) can break the bot script that is based on it.

Introducing robots into their environments, companies potentially created a set of poorly documented dependencies that are not intended to adapt to changes and are likely not to be tracked in any way. This creates additional barriers to changing basic systems, as it requires additional testing and verification to ensure that no bot scripts is broken. This also complicates the quality control environment, since they shall include both the main application and the robots that work on it.

The best strategy is to start small, to show success, and then expand the overall automation program. Although it is important to address robot systems strategically, including process and IT users, it is also essential to learn how to analyse and optimize robot platforms in the first few deployments. This can be done in about six-eight weeks. Then the company can begin collecting accurate measurements of efficiency and cost savings based on received data.

Since robots can completely replace a person in certain industries, the heads of departments and business units are extremely interested in implementing this technology. However, employees whose work the robot begun or will begin to perform are often concerned about this situation.

Of course, it is unreasonable to think that the people owning the process are the right people to automate it. Even if the use of robots clearly increase the process efficiency, and even if the staff replaced by these robots are redistributed elsewhere in the company, a manager is unlikely to work actively on reducing their group.

On the other hand, the experience of the process owner is essential for understanding the scope and behaviour of the process to automate it correctly. The best solution is to analyse several processes in order to work out a plan with priority of processes, and then ask process owners to describe in detail how each of their processes works. The next step is to automate the routine work independently from a manager.

Robots do not eliminate the need to redesign basic platforms

It is important to have a number of effective solutions in store, and not to try to solve any problem with the help of a robot. Robot platforms can help in automating manual processes and increasing productivity. It is also true that there are other tools that can achieve even higher levels of productivity and cost savings and that often work in combination with robots.

Many companies cannot develop their technological infrastructures because of constant under-investment. Although robots can free up some resources, they do not relieve a company from the necessity to analyse thoroughly its IT capabilities and think of new ways of their improvement. There is a risk that the success of small automations will make management think that they can avoid costs and risks associated with larger initiatives. But they cannot.