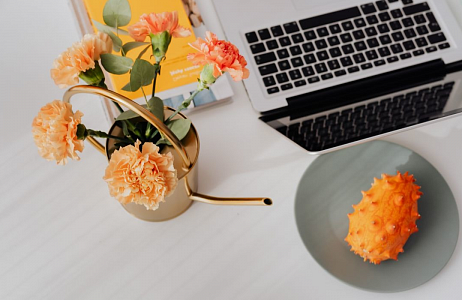 ICL Services provides a wide range of IT services to businesses. In 2018, in order to optimize this process and reduce the cost of proposed solutions without compromising their quality, a new Delivery Excellence division was created within the company. The main task set before this department is finding potential areas for improvement. One of these ideas was the automation of some works performed by the company’s employees in the course of providing services to customers.

In order to automate the distribution of tasks within service projects, the company’s experts have created an automatic smart assistant (ASA). Initially, it was used for distributing incidents. Previously, the function of a project coordinator was carried out either by individual employees or passed to engineers. Upon receipt of the request, the employee determined the appropriate team to refer it to. The next step was to appoint a performer within this team, having previously analyzed their workload and availability. At the end, the performer received a ticket and a relevant notification in the system.

The manual distribution of incidents was quite a routine and time-consuming task that resulted in a lot of negative feedback from colleagues. The team members of Delivery Excellence decided to find a way to automate this operation. A similar solution was already implemented on one of the company’s projects. Subsequently, it was implemented in two more projects to conduct a full-fledged pilot test. In the spring of 2019, the first automated smart assistant was launched. After presenting the results of the pilot phase in front of the company’s management, the solution began to be applied on other projects. Presently, there are 6 of those.

In automatic routing of requests by a smart assistant, the availability of a specialist and their competence in solving such issues are taken into account. An engineer’s workload is assessed through instant messengers (for example, Skype for Business, Microsoft Teams, and others), which show the status (available/absent) of an individual employee. The ASA receives this current status via the messenger’s API and makes a decision about their availability and readiness to start solving problems in a prompt manner.

The level of expertise of an individual engineer is determined on the basis of a number of parameters, e. g. the amount of work performed by an employee within 24 hours, the percentage of the working day that a specialist must spend on solving requests or incidents. The assistant also considers whether this engineer has previously worked on this request or incident.

Taking these factors into account allows the system to transfer the task to the most qualified and accessible specialist, thereby significantly reducing the time for solving the issue.

On large projects, up to 100 tickets are submitted daily. Previously, it took about 5 minutes to coordinate each of them. On average, it took employees up to 8 hours a day to distribute all incidents. After automating the work of the incident coordinator, the time of response to incidents and requests was reduced by 82%, and the time to resolve incidents — by 33%. As a result, the employees could focus on solving strategic tasks.

Following the successful implementation of the automatic coordinator, colleagues began to contact Delivery Excellence to automate some of the tasks performed by their employees. One of the first was a request to automate handling of change tasks that involve changing the configuration of the IT infrastructure, the user’s workplace, etc. This functionality is similar to incident coordination — basically, you need to distribute tasks related to change requests.

The case was accepted for development; the Delivery Excellence team assessed the possible results and the potential effect of the implementation. Subsequently, this solution was successfully applied and implemented. Now, in addition to incident management, a stage in another ITIL process, change management, has been automated.

The ASA solution has not only shortened the lifecycle of change requests, but also made it possible to maximize the potential of the company’s employees. Currently, the ASA helps reduce labor costs of coordination of incidents and requests by 5%.

Further expansion of the ASA functionality involved the development of smart prompts that pop up in front of the engineer distributing requests. When assigning a ticket, not only a description of the task is displayed — the system also provides a number of smart prompts: similar tickets that were resolved earlier, open changes and possible issues related to this ticket, tickets that were submitted earlier by the same user or for the given configuration item, and so on. The prompts are based on the data accumulated in the ITSM system currently. We search for similar tickets and collect statistics from the ITSM system using the established logic. Previously, the engineer had to look for comparable issues and requests through the slow ITSM-system interface. At present, the smart assistant groups and displays these items to the engineer as separate sections which reduces the time for processing a ticket.
Thus, the current ASA solution not only coordinates tasks efficiently, but also helps specialists via a recommendations system, analyzes emergency situations and incidents, and contributes to the compilation of Knowledge Base for the quick resolution of similar incidents and user requests.

ASA is a multifunctional solution based on modern machine learning technologies that performs the following tasks:

— classification of the received requests and their referral to the most available and competent engineer for subsequent resolution;

— notification of engineers about ITSM events, new assignments, expiring SLAs and other changes via the chatbots. For example, a bot can track pending/expiring tickets and inform the engineer (e. g. via Skype) about the need to update the ticket. At the same time, the engineer does not need to log in the ITSM system, they can respond directly to the bot, and, based on this dialog, the bot will make necessary entries in the incident log.

— recommendation of solutions based on the history of resolved issues etc.

Due to partial automation of tasks using a smart assistant, the provision of services at ICL Services is currently of a hybrid nature, since both employees and an ITSM assistant (AI, bot) are involved in this process. At the same time, this solution is being developed further; its functionality is gradually expanding. A number of ASA tasks are under development/implementation. Among them are: automatic trend analysis, automation of resolution of service requests, decision support, etc. The plans include further automation of solutions, in particular, the creation of fully automatic solutions for handling and intelligent grouping of incidents. More details on the features of the smart assistant are presented in Diagram 1.

Despite the existence of a universal recommendations for working with ITIL and machine learning technologies (for example, White Paper from Axelos regarding ITIL 4) which sets the areas of work in Service Desk and information security, they are mostly generalized guidelines. ICL Services has developed its own approach to further improvement of the smart assistant functionality. Task definition starts with ideas put forward by end users — the employees providing services. Voicing their own wishes and problems, they set the direction and contribute to the formation of a holistic ecosystem of smart assistants around our services.

With the advent of modern technology, tasks that once were performed by humans are now being delegated to machines. One of these tools is a smart assistant that allows automating some of the tasks in the employee’s area of responsibility and redirecting the freed-up resources to service improvement. This solution is of particular importance in the context of the global trend towards business digitalization.
The solutions that support ITIL processes are not a know-how; they are already available on the market. Among the world leaders, for example, is the ITSM system developed by Almond and ServiceNow. However, those are mostly high-priced out-of-the-box solutions. The ASA’s niche in the global IT solutions market is determined by the flexibility and adaptability of the toolkit, as well as by its economic efficiency. When choosing ML tools, it is necessary to strike a balance between the operating costs of the solution and the required quality of ML models. In the process of ASA development, ICL Services experts use both simple and complex ML models depending on the task at hand. In some cases, the use of most common ML libraries and systems that are undemanding of computing resources helps reduce operating costs.

The importance of the smart assistant is also increasing due to the possibility of its customization for specific tasks. The solution is not tied to specific ITSM systems and can be installed both at the customer’s data centers (DC) and in popular cloud environments. This ensures efficient handling of personalized requests within a framework of a particular service.

The ASA solution also saves over 3,200 hours of employees’ time. The ASA coordinates over 150,000 service requests and incidents per year. More than 100 solution recommendations are issued daily.
Share:

Your application has been sent. We will contact you shortly