Case for IT infrastructure support of Renaissance Capital investment company 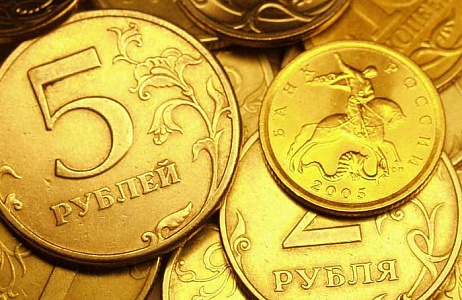 The leading Russian investment company uses a model in which a part of the IT infrastructure is supported by own resources and other is transfered to outsourcing experts at ICL Services. This model is effective in terms of value for money and enables our client to visually compare its advantages and disadvantages.

The main objective of the project was the provision of the investment company with quality IT services in the following areas:

The first step of the IT infrastructure support project was the formation of an idea about the approaches to the organization of effective service. Starting with monitoring services, ICL Services was later engaged in the support of such areas as Wintel and MS SQL databases. Analysis of the infrastructure identified the areas requiring optimization (MS SCOM, MS SCSM, databases.) ICL Services experts offered options for improving infrastructure and, together with a team of Renaissance Capital, started to implement the plans.

ICL Services team demonstrated its skills in providing not only the monitoring services but also the support of infrastructure, enabling Renaissance Capital to transfer us an additional volumes of services, such as support of UNIX servers, Oracle databases, as well as MS SCOM infrastructure. In addition, the volume of Wintel and MS SQL services was further increased.

At the same time, great attention was paid to compliance with the requirements of information security, as this is due to the risks and regulatory constraints that the company faced during the transfer of certain IT services for outsourcing. In our work with Renaissance Capital we use the two-factor authentication proposed by the investment company to access the infrastructure.

As a result of cooperation with ICL Services Renaissance Capital has received high quality services in several technology areas: Wintel, Unix, databases, MS SCOM under the SLA. The monitoring system performance was optimized. In addition, the stability of MS SQL and Oracle systems has been enhanced due to proactive identification of problems (incidents).

ICL Services ensured timely and proper resolution of incidents, thus improving the availability of infrastructure of the investment company, which is critical for the business:

ICL Services supports equipment that is based on sophisticated technological solutions and provides business-critical systems:

The Renaissance Capital investment company’s mature comprehension of the development of its own business was materialized in the desire to transfer part of its IT infrastructure for outsourcing and helped build an optimal model of relations with the partner team.